As the mercury rises and you turn to cooling appliances to beat the heat, electricity bills tend to skyrocket which can often pick on your pockets, especially when you are spending more time at home. Since the time spend under shade increases in the summer season, there is a huge reliance on fans and air coolers to make the harsh weather bearable and hence the hefty electricity bills. However, if you want to keep a tight tab on your home cooling costs without sacrificing on comfort, it’s rational to opt for fans and coolers over air conditioners as it’s a known fact that they consume far less power in comparison to the latter. For instance, an air cooler on an average consumes 10 times less energy than a conventional air conditioner.

Having said that, a new breed of fans and air coolers powered by ECM (Electronically Commutated Motor) technology has now come up, which will help you further save on energy and electricity cost up to 50% while also enabling you to reduce your carbon footprint. Before we get down to the details and saving calculations, let us first understand the ECM technology.

ECM technology and its benefits 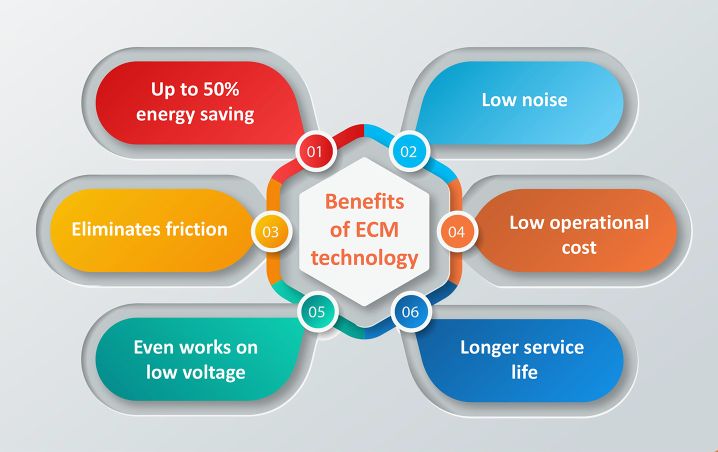 Unlike conventional induction motors, which use a combination of brush contacts and slip rings to create a rotating magnetic field, ECMs (Electronically Commutated Motor) do the same with a voltage rectifier and an electronic control circuit which in turn eliminates friction, motor noise and sparks that usually happen with the brush contacts. Since the wear and tear associated with sparks and friction is eliminated, the electronically commutated motors have longer service life as compared to induction motors while also consuming less than 50% electricity.

A typical induction motor-based fan which consumes 75 watts of power and runs for 16 hours a day results in annual electricity bill of approx. Rs 3500. On the other hand, an ECMT powered fan consumes 35 watt only and leads to yearly electricity bill of approx. Rs. 1635 only, thus offering a significant saving of about Rs. 1870 annually. So just imagine if you have 3 fans at home, how much savings you can make.

In case of an ordinary air cooler which consumes about 200-210 watts of power and runs for 12 hours a day on an average for around 180 days every year, the annual electricity bill comes at about Rs. 3630. In comparison, an Inverter air cooler with ECMT operates at about 125W leading to yearly bill of approx. Rs. 2160 thus resulting in annual cost saving of approx. Rs. 1470.

Your contribution to Mother Earth

With a growing population of 1.37 billion, India accounts for about 25% of the global energy demand, hence the need for energy efficiency and conservation. India is a huge market for fans and air coolers so you can imagine the amount of energy savings and cost savings the country can achieve by replacing induction motor based fans and coolers with the ones powered by ECM technology.

With a modest assumption, if all fans installed in India are replaced with inverter fans, it will help the nation save 10.4 crore MWh of energy* annually with cost saving of approx. Rs. 83420 crore. Similarly, if all air coolers installed in the country are replaced with inverter technology-based air coolers, India can save up to 9200 GWh electricity i.e. around Rs. 7350 crores annually. If the new ceiling fans and air coolers sold also come with ECMT inverter motor, the savings will be bigger and incremental. Not only this, it will also help the nation in reducing its carbon footprint. Orient i-Series fans powered by ECM technology save 50% energy as compared to ordinary fans thus promising a significant reduction in electricity bills for consumers. These fans are BEE 5-star rated and have 50% better service value than the ordinary fans. They deliver an astounding 230 CMM of air delivery and operate silently and efficiently even at low voltages which is a common problem across India. The new range includes three variants namely i-Float, i-Floral and Hector 500 featuring aesthetically pleasing designs, aerodynamically designed, super-efficient noiseless motor, 100% rust-free blades and high gloss premium finish. The i-Float fan is IoT-enabled and can be operated with utmost ease via Orient Smart mobile app or with voice commands via Alexa and Google Assistant. 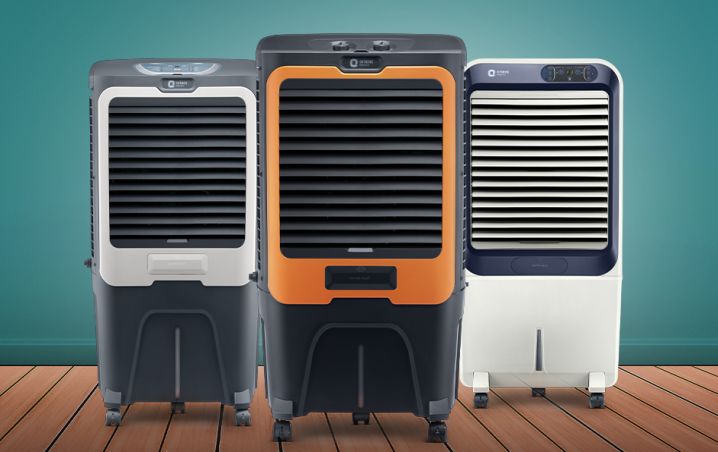 So if you do not want your electricity bills to soar with the summer heat, bring home Orient Electric’s ECMT inverter fans and air coolers and save up to 50% on electricity cost while also doing your bit for the environment.

* For fans - Calculation done assuming 24.8 crore households in India with an average of 1.8 fans per household running for 16 hours a day with Rs. 8 as per unit electricity rate.

* For air coolers - Calculation done assuming 5 crore coolers installed in India running for 12 hours a day for 180 days in a year with Rs. 8 as per unit electricity rate.